ND4SPDWorld at GamesCom (Q and A with Jason and Drew)

There was a live question and answer period with Drew Hahn and Jason DeLong discussing The Run. 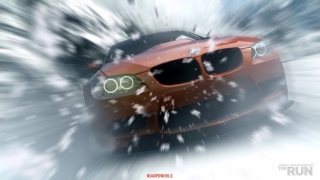 The Run is being developed with the two year development cycle, being said, it is being developed with a mostly new design team, and the Physics Director who’s previous experience comes from DiRT. This new team combined with Frostbite 2.0 will help to bring a new intense flavor to the “modern racer” genre. Frostbite 2.0 allows for better audio and graphic capabilities giving more freedom to develop other modes for the game. ( More difficult Avalanche Outrun Races maybe? ) Frostbite 2.0 also helped to create larger draw distances running at 30 Frames Per Second, giving you a larger feeling of the road ahead and field of view. This being said, there will not be an in-car camera, as you would miss a lot of the environmental action, like the avalanches and so much more.

Background: Frostbite 2.0 will take full advantage of the DirectX 11 API and 64-bit processors, with no support for DirectX 9. It will also feature enhanced in-game destruction with Destruction 3.0, creating more refined physics than its predecessor. Source: Wikipedia – Frostbite Engine

Being that The Run is using the same Engine as Battlefield 3, it only makes sense to have quite similar system requirements.
Now these Requirements are not OFFICIAL yet, but it is a tentative look at what we’re in for.

It has been stated that The Run will NOT have a 3D development in it, so don’t rush out and buy a new 3D capable Monitor, TV, or Graphics Card in hopes to fully and completely immerse yourself in the game. 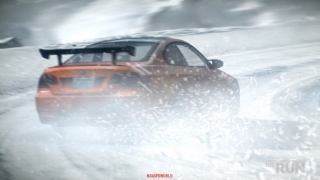 Gameplay – Career
Story Background: As we already know, Jack owes the mob money hence he takes part in a race where he will be able to win 25 million dollars. Now as the mob is chasing Jack, the police are completely unaware about that situation, and are just wondering what is going on and why are there 200 cars racing through their cities and highway jurisdictions. You will have the police on your tail more often than the mob, being that there’s really only roughly about 10% of the game which are cinematic cut scenes in which you’re out of your car.

Races are not wont by being the first across the finish line. In The Run you race ‘parts’ of the 3000 mile journey from San Fransisco to New York. In these parts you have to pass a certain amount of cars placing you higher on the list of 200 people, so the career progresses by passing those 199 other racers on those parts. The Desert Hills level you have to pass 10 opponents from position 150th to 140th and the Independence Pass you just have to pass one guy placing you on 75th.

Gameplay – Physics
In comparison to previous Need for Speed games, the physics feel great. They are not as arcade-like compared to Hot Pursuit 2010, and they are nowhere near the simulation feel like Shift2. It has a nice balance to the feel. It could be closely compared to Hot Pursuit 2 on the PS2 but tweaked more to fit a game for 2011. The physics are said to respond the way you would expect a real life car too respond. Driving on different road surfaces makes your car drive differently, as we hoped, and there will be much less grip on ice packed roads compared to dry pavement, and again different than on dirt or off-road trails. The differences are definitely noticeable.

And no, The Run will NOT include open world as the storyline is very linear and scripted.

Gameplay – Rewind
In each race through the sections of your journey across country, you will cross checkpoints. These checkpoints are essentially save points while you tear through the race. If you end up crashing, you will ‘rewind’ back to the most recent checkpoint you had crossed, and continue again. The usage of these rewinds are limited depending on the difficulty, ranging from easy difficulty and unlimited rewinds to impossible difficulty and zero rewinds. 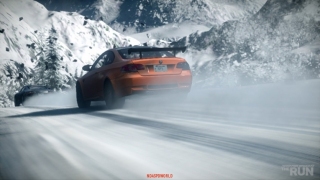 Gameplay- Other Modes
There was not much discussion about other game modes which will be available within The Run, however there is a trailer coming soon in the future which will shed some light on those we will see. There was talk about the return of Photomode, but there are no major details yet.

Whether or not it is only for the Career mode, it has been said that there are no circuit races. The races are only point to point as it would not make sense driving in circles whilst trying to get to New York first.

The car list for The Run will not be ‘big’, there has not been an exact number of cars announced yet, however there is speculations that we may see around 60 cars.

It sounds like there will be very little, if any, performance customization available. Just pick your car and drive.

Plans for Downloadable content are in the talks, with no preference to any systems, when DLC is launched it should be available on all systems, including PC.

A demo may still be a possibility however they want to make sure the game is at a high enough standard before dedicating any time toward the demo.

Multiplayer in The Run will feature either 12 or 16 players with multiple modes to challenge your friends in. More details will come when available.

Autolog
This year, there is a real time Autolog while racing. The data shows you how much time you are ahead or behind your friends.
More information about the Autolog system will be revealed in future events. 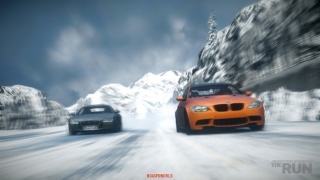 We have a video of our one on one interview with Jason DeLong, however, there is some editing which will be required first. We will post it as soon as we can.