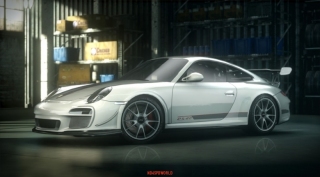 A flat-six with 4 liters of pure adrenaline, the Porsche GT3 RS 4.0 is one of the most magnificent street legal cars to ever be produced. With nearly 500hp, the GT3 RS 4.0 has the largest Porsche 911 engine ever produced, on the lightest 911 frame. It’s been stripped down completely on the interior, leaving just enough to make it street legal. But if the cops ever catch you in Need for Speed The Run, that’s the last thing you’ll be worried about. Lucky for you, in this Porsche, the chances of the cops (or anyone else) catching you, is slim to none.